Dr. Terrell Strayhorn is a Professor of Higher Education and Women’s, Gender & Sexuality Studies at Illinois State University, where he also directs the PhD program in the Department of Educational Administration & Foundations (EAF). Dr. Strayhorn was previously appointed Provost and Senior Vice President of Academic Affairs; Director of the Center for the Study of HBCUs; and tenured Professor at Virginia Union University in August 2020. Previously he was Professor of Education (tenured) at LeMoyne-Owen College (LOC), where he served as Vice President for Academic & Student Affairs. As Vice President, Strayhorn served as both the Chief Academic Officer, providing oversight of all academic programs, and Senior Student Affairs Officer. He supervised 17 direct reports, including 5 academic deans, 3 student services deans, 3 center directors, and directors of honors, libraries, and administrative staff. He supervised SACSCOC accreditation reviews for the Division and led many initiatives including ACBSP accreditation, DHS Cybersecurity designation, expansion of the summer bridge program, and support for establishing a marching band.

Before joining LOC in 2018, Dr. Strayhorn served on the faculty at the University of Tennessee, Knoxville (UTK) from 2005 to 2010 and The Ohio State University (OSU) from 2010 to 2017. At UTK, he served as Special Assistant to the Provost for Student Retention and Founding Director of the Center for Higher Education Research & Policy (CHERP). At OSU, he served in progressively responsible positions including Interim Program Chair, Founding Director of the EHE Center for Inclusion, Diversity & Academic Success (iDEAS), and Director of the Center for Higher Education Enterprise.

An internationally recognized expert on student success and equity/inclusion issues, Strayhorn’s scholarship focused on interdisciplinary approaches to addressing complex educational problems such as campus climate, attrition, and sense of belonging. He has authored more than 10 book and over 100 journal articles, chapters, and reports. His scholarly record is further distinguished by his professional service leadership. He serves (or has served) as Editor of Spectrum: A Journal on Black Men, Associate Editor of the Journal of Higher Education and NASAP Journal, and on the editorial boards of the Journal of College Student Development, Review of Higher Education and Journal of African American Studies, to name a few.

Dr. Strayhorn earned a bachelors degree in Music and Religious Studies (double-major) from the University of Virginia (UVA), a masters degree in Education Policy from UVA’s Curry School of Education, and PhD in Higher Education with a cognate in Race & Social Policy from Virginia Tech. He is a member of Phi Kappa Phi Honor Society and Alpha Phi Alpha Fraternity, Incorporated. 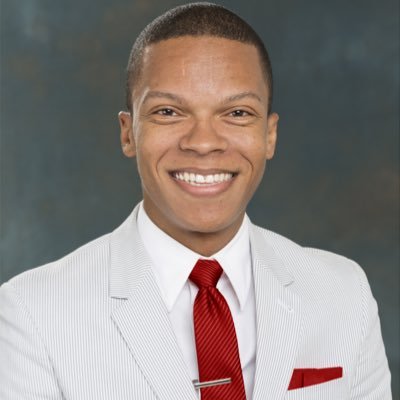