As President and Chief Executive Officer (CEO) of Special Olympics New York, Stacey Hengsterman leads the largest statewide Special Olympics chapter in the country and the sixth largest in the world.

Special Olympics New York serves more than 67,000 athletes across New York with year-round sports training and athletic competition that ranges from the local to international level. The organization also partners with nearly 150 schools statewide to offer unified sports, where students with and without intellectual disabilities compete on a level playing field, and incorporates health screenings for its athletes at all major events – all at no cost to its athletes, their families, or caregivers.

Hengsterman is an accomplished leader with nearly 20 years of experience at the State University of New York (SUNY), the country’s largest comprehensive system of public higher education. At SUNY’s central administration beginning in 2000, she held several posts of increasing authority, ultimately serving as Chief of Staff. In this role, she was the strategic advisor to the Chancellor and the Board of Trustees and the primary liaison to presidents, student and faculty leaders and executive staff at the 64 campuses that comprise SUNY. At the same time, Hengsterman managed a large staff with a wide-ranging portfolio that encompassed community and government relations, advocacy, communications, development, operations and policy. In 2017, she led the creation the first philanthropic foundation in the university system’s history, the SUNY Impact Foundation.

Stacey, whose son, Alex, has Down Syndrome, says her passion for the Special Olympics mission stems from the many community members, businesses, teachers and students who always made Alex and her family feel welcome and included. Under her leadership, the organization will continue its core mission of providing children and adults with intellectual disabilities opportunities to develop physical fitness, demonstrate courage, and compete in authentic sports activity at the highest levels while also advancing an inclusive health agenda and raising funds to support more athletes throughout New York state.

Hengsterman is a Rochester, NY, native and a graduate of the State University of New York at Cortland. She lives in Clifton Park with her husband Rick, a high school history teacher, and their three children, Jackson, Alex, and Lauren. 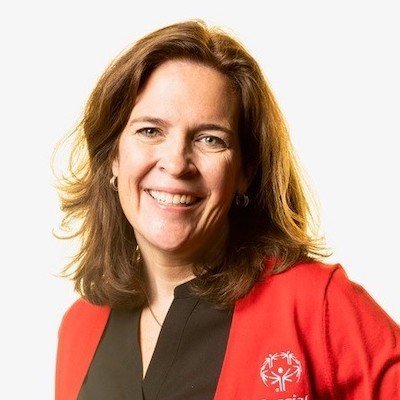