Sally Mason joined AGB Search in 2015. Dr. Mason is President Emerita of the University of Iowa, having served as the institution’s 20th president from August 1, 2007 to July 31, 2015.  Since joining the firm, Dr. Mason has assisted a variety of leadership searches for both public and private institutions, including:

Dr. Mason has held many leadership positions in higher education and national organizations, including president of the Council of Colleges of Arts and Sciences; member of the board of directors of the American Council on Education (ACE); member of the executive committee of the Committee on Institutional Cooperation (CIC); member of the Board of Directors of Campus Compact, the national coalition of college and university presidents committed to fulfilling the civic purposes of higher education; chair of the Iowa Coordinating Council for Post-High School Education (ICCPHSE); and co-chair of the Task Force on National Energy Policy and Midwestern Competitiveness of the Chicago Council on Global Affairs.

At the University of Iowa, Dr. Mason oversaw a historic era of campus transformation, including rebuilding in the wake of the historic 2008 flooding, especially the renewal of an arts campus for the 21st century; the construction of a state-of-the-art children’s hospital and biomedical discovery research center; and the first new residence hall since 1968. Dr. Mason also spearheaded a sustainable university initiative, making sustainability a central priority of all aspects of the university enterprise. Other major accomplishments during Dr. Mason’s tenure were a student success initiative that led to increased enrollment and student retention, as well as an expansion of partnership agreements with Iowa’s community colleges in order to offer UI degrees to students throughout the state through on-site and distance learning programs. During her presidency, Iowa conducted a $1.7 billion comprehensive campaign through the University of Iowa Foundation, the largest campaign in university and state history.

Trained as a cell/developmental biologist, Dr. Mason is also a professor emeritus in the Department of Biology in the UI College of Liberal Arts and Sciences. She is the author of many scientific papers and throughout her career has obtained research grants from the National Science Foundation, the National Institutes of Health, the Wesley Research Foundation, and the Lilly Endowment. Dr. Mason was appointed by the President of the United States to three terms on the National Medal of Science President’s Committee, including a term as chair. She has also served as chair of the Advisory Committee to the National Science Foundation (NSF) Directorate for Education and Human Resources (EHR) and chair of the American Association for the Advancement of Science (AAAS) review panel of the NSF Science and Technology Centers Program. 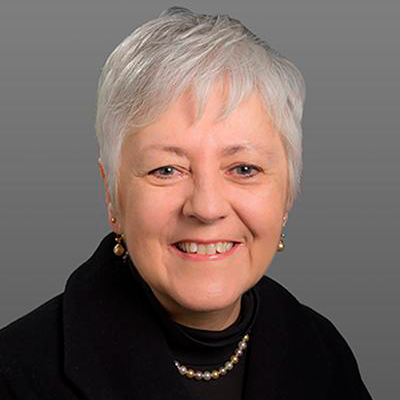