Linda R. Gooden retired as the Executive Vice President of Lockheed Martin’s Information Systems & Global Solutions (IS&GS) business area and an officer of the Lockheed Martin Corporation after nearly 40 years working in the Aerospace and Defense industry.  Under her leadership, she led 40,000 experienced professionals who established a world-class cyber center; created digital platforms; led large scale transformations; and provided integrated mission critical information solutions, cyber solutions, and services in support of worldwide missions for civil, defense: intelligence and other government customers. The business area generated over $13 billion in annual sales and operated in all 50 U.S. states and 20 countries around the world.

Ms. Gooden actively supports professional, academic and civic organizations, serving on numerous executive boards including Chairing Armed Forces Communications and Electronics Association (AFCEA) International; Chairing the University System of Maryland Board of Regents; and the American Heart Association.  She is also a member of the Board of Directors for General Motors, Home Depot, Washington Gas and Bright Health. She was appointed by U.S. President Barack Obama to the National Security Telecommunications Advisory Committee (NSTAC) in 2010.

She received a degree in Computer Technology from Youngstown State University. She also holds a Bachelor of Science degree in Business Administration and Master of Business Administration from the University of Maryland University College.  In 2005, she was awarded an honorary Doctor of Public Service degree from the University of Maryland University College in recognition of her service to the community and to higher education; in 2010, an Honorary Doctorate in Law from Morgan State University; and also, an Honorary Doctorate in Engineering from Drexel University in 2012.  She also successfully completed the Executive Program Manager course at the Defense Systems Management College and achieved Cyber Board Certification by NACD and Carnegie Mellon. 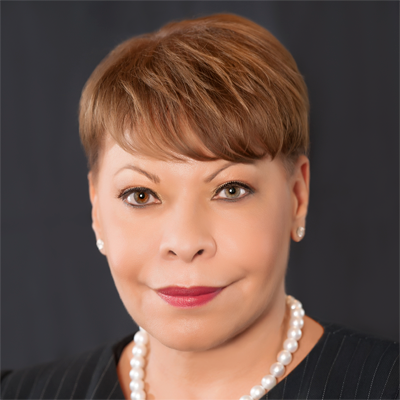