As the respected Chancellor Emeritus of the Minnesota State Colleges and Universities system, he began his term of office there in July 2001, and concluded service to the system in 2011.  Before undertaking Minnesota leadership, Dr. McCormick was the founding chancellor of the Pennsylvania State System of Higher Education, created July 1, 1983, and also holds the title Chancellor Emeritus there.  He was president of Bloomsburg University of Pennsylvania from 1973 to 1983, and was a professor and administrator for Shippensburg University of Pennsylvania in the preceding eight years.

A past chair of the Midwestern Higher Education Compact, Dr. McCormick also was a rotating chair of the Higher Education Advisory Council for the Minnesota Office of Higher Education.  He was the founding chair of the Minnesota P-20 Education Roundtable/Partnership and has held leadership roles with numerous organizations, including the American Association of State Colleges and Universities and the National Association of System Heads, serving as national chair for the latter.  Dr. McCormick was elected national chair of the State Higher Education Executive Officers; served on the SHEEO Executive Committee; and chaired the SHEEO Federal Relations Committee.  He served on the Government and Public Affairs Commission for the American Council on Education and was a participant in the National Council of State Directors of Community Colleges, an affiliate of the American Association of Community Colleges.  In 2007, Dr. McCormick was part of the Department of Education’s Negotiated Rulemaking Committee for accreditation, and in 2008, he accepted a rare second term of service with the Association of Governing Boards’ Council of Presidents.  He also has served as a member of the William Mitchell School of Law board of trustees.

Dr. McCormick is recipient of several honors and recognitions, among them a citation for “model” leadership style in the publication, Shared Visions of Public Higher Education Governance.  In 2002, the honor of an Ojibwe name was given Dr. McCormick by the Fond du Lac Reservation in Cloquet, Minnesota.  The Association of Pennsylvania State College and University Faculties’ prestigious Distinguished Friend of Higher Education Award was presented to McCormick in 2005.  Other noteworthy awards given him came from the Minnesota Association of School Administrators with the Distinguished Service Award; the Minnesota Minority Education Partnership’s Ron McKinley All My Relations Award; and in 2011, Minnesota’s American Indian Conference Award.

Dr. McCormick is a frequent speaker, particularly on issues addressing characteristics of leadership, governance, workforce development, higher education opportunity for the underserved and underrepresented, and the public higher education access mission in universities and community colleges. 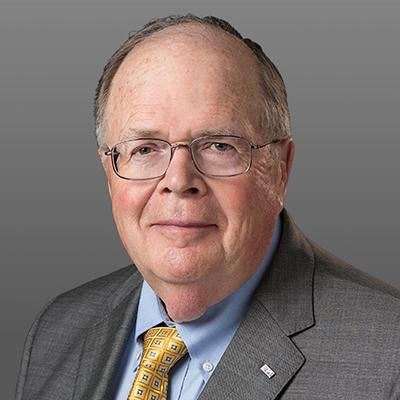