Jay A. Perman is the fifth chancellor of the University System of Maryland (USM). The USM enrolls 165,000 students in 12 universities and three regional higher education centers across Maryland, and confers nearly eight in every 10 bachelor’s degrees awarded in the state.

As chancellor, Dr. Perman is committed to advancing higher education affordability for all students, and ensuring that every person in Maryland who wants a college education can access it. Over the last several years, the USM has grown the share of underrepresented minority students enrolled in System universities, improved students’ retention and completion rates, and boosted the amount of institutional aid awarded to students in need.

Dr. Perman is building on the USM’s reputation for innovation, particularly in teaching and learning, community engagement, and research. The system’s R&D enterprise has grown to eclipse $1.5 billion in extramural funding, and key technology commercialization metrics—invention disclosures, licenses, and startups—have climbed significantly.

Prior to his appointment as chancellor, Dr. Perman was president of the University of Maryland, Baltimore (UMB) for nearly a decade. A pediatric gastroenterologist, he still practices medicine once a week, teaching team-based health care to students in UMB’s six professional schools.

In addition to UMB, Dr. Perman has served on faculty and in leadership positions at UCSF, Johns Hopkins University, Virginia Commonwealth University, and the University of Kentucky, where he was dean of the College of Medicine. 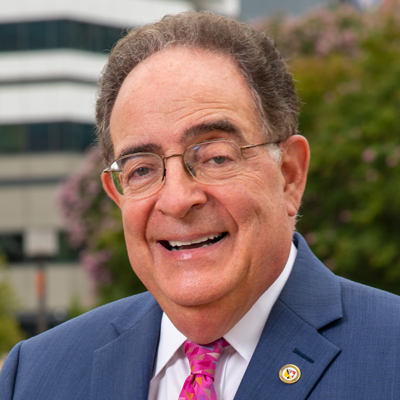