Dean of the College of Education, Health and Society

He currently serves as dean of the College of Education, Health and Society at Miami University after having previously served as professor and dean of the School of Education at the University at Albany, State University of New York. During his time as Dean, he implemented initiatives that turned around the School’s declining enrollments, expanded revenues from fundraising and other outside endeavors, and prioritized the diversity of the student body and fostered a more inclusive academic environment. He is currently co-chairing the University’s self-study review for reaccreditation by the Middle States Commission on Higher Education.

Dr. Lane previously served as Vice Provost and Senior Associate Vice Chancellor for Academic Planning and Strategic Leadership for the State University of New York, the largest comprehensive system of higher education in the United States. In this role, he led several collaborative initiatives including the development of Seamless Transfer, Open SUNY, and START-UP NY, a state-funded program design to leverage campus assets to advanced economic and academic development. Through this work he advanced the concept of “systemness”, co-leading the development of Taking Student Success to Scale (TS3) a national network of 23 systems of higher education working to implement evidence-based practices to improve student completion as well as the NASH-ACE Systems Leadership Academy. He currently serves as the director of the Systems Center, an applied research center focused on advancing understanding of collaborative approaches to improving student success.

As co-director of the Cross-Border Education Research Team, his work in documenting and analyzing international branch campuses has been foundational in the developing research field of transnational education. A Fulbright New Century Scholar, he has conducted research in more than 30 countries on the development of multi-national colleges and universities. His research I in this area has received numerous awards, including the Award for Outstanding Contributions to International Education Research from the Association for the Study of Higher Education. 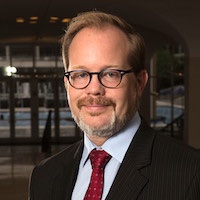