Jacques McClendon is Director of Football Affairs with the Los Angeles Rams, tasked with leading and aligning Player Affairs and Alumni Affairs. His department also oversees the player integration into the overall organizational strategy. His department ensures smooth onboarding and off-field success planning to ensure that current and former player have the resources they need for success. McClendon will oversees the incorporation of behavioral health as well as all of the rookie, veteran and alumni programming and resources offered by that the NFL league office and the NFLPA. Jacques is also involved in football staff talent recruitment efforts, with a specific focus on inclusion and diversity, leveraging his experience with the Rams scouting apprenticeship program as well as his advisory board role for the ID council. Jacques will serve as the Rams liaison for the Nunn Wooten and Bill Walsh Fellowship Programs. He also serves as the clubs liaison between the NFLPA, NFL Legends and Player Engagement departments. He is currently enrolled in his executive MBA at Brown University.

McClendon serves on the Chairman’s Forum for Unify Credit Union. He is a standing member of the newly formed Pro Sports Assembly and BSP SoCal. McClendon is also on the advisory board for the Black Sports Symposium which will launch in 2022, as an opportunity to create networking, professional development and job opportunities for black sports professionals.

McClendon spent 7 years as a NFL players which included time with Colts, Jags and Dolphins. A four-year letterman at the University of Tennessee, McClendon was an Academic All-SEC choice and holds a bachelor’s degree in Economics and master’s degree in Sports Management, both from Tennessee. He holds an Athlete Development Professional Certificate from the Wharton School at UPenn. 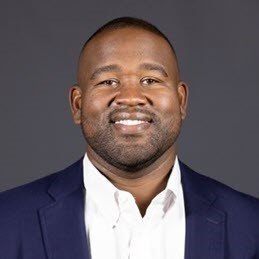