Gregory P. Crawford is the 22nd president of Miami University. A native of Elyria, Ohio, he and his wife, Dr. Renate Crawford, came to Miami in July 2016. Since his arrival at Miami, President Crawford has emphasized diversity and inclusion, engagement with students, and collaboration and interdisciplinary study across all of Miami’s campuses and colleges.

President Crawford is a member of the Board of Directors at Cintrifuse, the incubator and accelerator dedicated to creating a stronger technology presence in Greater Cincinnati. He is active in the Inter-University Council of Ohio (IUC), the association representing Ohio’s 14 public universities. He has actively engaged federal, state and local policymakers and stakeholders to advance higher education in Ohio and beyond.

Before joining the Miami community, President Crawford was vice president and associate provost at the University of Notre Dame. He joined Notre Dame’s faculty in 2008, serving as the William K. Warren Foundation Dean of the College of Science. He previously served as the dean of engineering at Brown University, where he had joined the physics and engineering faculty in 1996.

President Crawford earned bachelor’s (mathematics and physics), master’s (physics), and doctorate (chemical physics) degrees from Kent State University. He completed two postdoctoral fellowships and was a researcher at the Xerox Palo Alto Research Center before joining the faculty at Brown. His work includes more than 400 research and education publications, review articles and book chapters, and 21 U.S. patents and patent applications.

President Crawford met his wife Renate while both were in the Ph.D. program in Physics at Kent State University. Renate Crawford, Miami’s university ambassador and an adjunct professor of physics, is the author of numerous scholarly publications about Confined Liquid Crystals – and her sister is a “Miami Merger.” Greg and Renate are the proud parents of two daughters. Both girls have been actively involved in the Crawfords’ fundraising efforts for Niemann-Pick Type C disease and breast cancer, and are excited to be part of the Miami family. 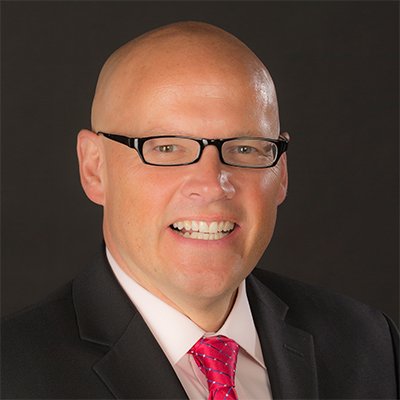