The University at Albany Foundation

Fardin Sanai was appointed UAlbany’s Vice President for University Development and Executive Director of The University at Albany Foundation in fall 2007 with oversight of all fundraising and alumni affairs functions. In 2017, the division of media and marketing was placed under Fardin’s direction and at that time, he was appointed Vice President of University Advancement. As Executive Director of the Foundation, Fardin serves as the liaison to the Foundation board and oversees foundation operations including, investments, real estate and governance.

Under his leadership, UAlbany has expanded relationships both nationally and internationally and launched the $150 million This is Our Time fundraising campaign, the largest in the University’s 175-year history. Additionally, over the past ten years, the university’s endowment grew from $16 million to its current level of over $76 million and has secured its first 8-figure gift. In the media and marketing arena, Fardin has rolled out the University’s new brand and website.

Prior to his tenure at UAlbany, Fardin served as Senior Vice President for Development and Foundation Operations at Albany Medical Center, where he oversaw fundraising for both the college and hospital. Before that, Fardin served as Vice President of Institutional Advancement and Executive Director of the Foundation at SUNY Cobleskill where he created and expanded the college’s fundraising and development operations. He began his fundraising career at Albany Law School and spent two years as a fundraising consultant for Morin & Anderson, Inc.

UAlbany was a 2012 recipient of the Council for Advancement and Support of Education’s (CASE’s) Circle of Excellence Awards Program for Educational Fundraising for overall improvement. Fardin received the same award at SUNY Cobleskill in 2003. He currently serves as the chair of SUNY’s Chief Advancement Officers. Fardin is a board member of 15-Love, a local non-profit which creates, enhances and executes free educational programs for inner city youth. 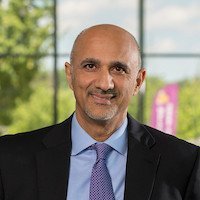