Dr. Phillip “Flapp” Cockrell is the Vice President for Campus Engagement, Diversity, Equity & Inclusion at Cleveland State University. Dr. Cockrell previously served as Vice President for Student Affairs at University of Toledo, after having served in the role on an interim basis since June 2017, and as UT’s associate vice president for student affairs and dean of students since April 2016. Just prior to joining UT, Cockrell served as associate vice provost for student affairs at Jackson State University, Miss. He also has been an adjunct faculty member at both Mississippi University for Women and Jackson State University, as well as a guest lecturer at many other colleges and universities.

A native of Columbus, Miss., Cockrell holds a bachelor of science in family studies from Mississippi University for Women, a master of science in educational leadership/student affairs administration from Florida International University, and a doctor of philosophy in urban higher education from Jackson State University. Additionally, he has toured and studied higher education policies and practices abroad–in England, Scotland and Ireland.

As a past chairperson for the American College Personnel Association–Pan African Network, Cockrell was actively engaged in advocating on behalf of students and professionals from underrepresented populations, as well as assisting with programming efforts at colleges and universities nationwide.

Currently he is a member of Phi Beta Sigma Fraternity, Inc., where he most recently served as chief of staff for both the state of Mississippi and Pi Tau Sigma Chapter of Columbus, Miss. Cockrell also is a member of: Beta Phi Sigma Alumni, Toledo Chapter (chair of education); the National Association of Student Affairs Practitioners; the National Association of Student Personnel Administrators and the Professional Leadership Alliance (charter member); among other organizations. Further, he recently was appointed to the boards of the Boy Scout of America – Erie Shores and Phi Beta Sigma Fraternity, Inc. – Great Lakes Region.

Cockrell is married to his college sweetheart, Pamela, and they have a dog, Princeton. 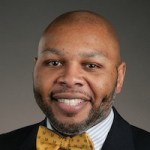