Director Maria Markham began service to the Arkansas Department of Higher Education in August 2016, but her history with higher education in Arkansas spans over a decade. She has worked in almost every facet of higher education at both a community college and a university; from a work study student, grant director, full-time faculty, adjunct, division chair, chief academic officer, and now, an agency leader.

Dr. Markham is a double alumnae of Henderson State University where she received a BBA in Marketing and an MBA. She later received her Ph.D. in Business with a specialization in Organizational Leadership from NorthCentral University. Dr. Markham was named as one of Arkansas’s (2016) 40 Under 40 most Intriguing Business and Political Leaders and (2017) 200 Deal Makers by Arkansas Business. 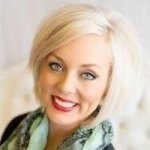