Senior Executive to the President for Strategy & Innovation

Dr. Kim LaFevor, DBA, SHRM-CP, SPHR is the Senior Executive to the President for Strategy & Innovation, formerly Interim Vice President of Academic Affairs and Dean of the College of Business, for Athens State University. Prior to her current responsibilities, LaFevor served for 7 years as Department Chair for the Department of Human Resources Management with the Department of Management and Management of Technology being later added to her responsibilities. In addition to her work with Athens State University, LaFevor has also taught collegiately at the associate, baccalaureate, masters and doctoral level spanning a period of 27 years in both public and private academic institutions with approximately half of that time in an adjunct role. During this time, she has also designed programs, including an Executive MBA program that became the largest in her state. Additionally, she has research interests and consults specifically in the areas of leadership development, recruitment and selection, performance management, compensation administration and labor relations.

Prior to her full-time assignment in the academe, LaFevor had a 22-year career with General Motors. Originally hired in manufacturing operations as an undergraduate student, upon earning her baccalaureate degree, she was selected for transfer to GM’s ‘Saturn Corporation’ Greenfield Project, a GM $2 billion dollar new nameplate and capital investment, where she served in progressively responsible positions during her tenure. During the Saturn pre-launch she worked in staffing as a Recruiter and Core Selection Assessor to ramp to its eventual 12,000 person workforce and also supported operations as Cross-disciplinary Technical Operations Team Member sourcing equipment from around the globe while the plant was under original construction. After launch, LaFevor served as an Organizational Development Consultant serving operational teams and leaders in business process improvement and team dynamics related opportunities and challenges, and shortly after receiving her Master’s degree, LaFevor was offered a move into a salaried career with the General Motors Labor Relations Staff. During this period, she held increasingly responsible HR/LR related positions in the General Motors Labor Staff as a Training and Organizational Development Consultant, People Systems Crew Leader/Labor Relations Manager, People System Training and Organizational Development Business Team Leader, Leadership Development Advisor (exclusive business advisor to Plant Managers), and following the completion of her Doctorate in Business Administration (DBA), she was selected as Plant Personnel Director-General Motors/Saturn Service Parts Warehousing Operations a role in which she served until she began a second career in the academe. 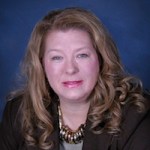