John E. Jablonski has held executive positions at three colleges. He began his career as a full-time faculty member at Fulton-Montgomery Community College in Johnstown, NY, where he rose to the rank of full professor. He later assumed several administrative positions there, including Dean of Business and Technology, Vice President and Dean of the College, Provost and Vice President for Academic Affairs and Acting President. John then served as President of Clinton Community College in Plattsburgh, NY. During John’s tenure, Clinton was named one of the 50 “Best Community Colleges” in the nation by Washington Monthly.

Since 2015, John has served as Vice President for Academic Affairs at SUNY Adirondack in Queensbury, NY. Throughout his career, John has provided leadership for several strategic planning processes, many capital projects and a number of successful fund-raising campaigns. He has served as President of the SUNY Two-Year Engineering Science Association, President of the SUNY Association of Chief Academic Officers and external evaluator for the Middle States Commission on Higher Education. He has been Co-Principle Investigator on two NSF ATE grants and a NASA grant and has provided leadership and oversight to many other grant-funded projects.

Throughout his career, John has been active in the community, holding leadership positions with Liberty ARC, Twin Rivers Council BSA, Big Brothers Big Sisters, the Rotary Club, Fulton County Federal Credit Union, three chambers of commerce, and several other boards of directors. John has earned an Associate in Science in Engineering Science from Fulton-Montgomery Community College, a Bachelor of Science in Mechanical Engineering from Union College, a Master of Science in Engineering (Bioengineering) from the University of Pennsylvania, a Master of Science in Educational Administration and Policy Studies and a Ph.D. in Educational Policy and Leadership from the University at Albany, SUNY. He lives with his wife Kelly in Queensbury, NY. They have two adult daughters. 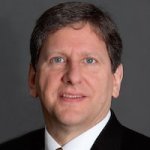