Dr. Giovanni Piedimonte is currently the Vice President for Research and Institutional Official of Tulane University, a university-wide post responsible for overseeing all aspects of research across the institution. He also holds the academic appointment of Professor in the Department of Pediatrics of Tulane School of Medicine. Previously, he held the Steven and Nancy Calabrese Endowed Chair for Excellence in Pediatric Care, Research, and Education, and served in multiple leadership roles at the Cleveland Clinic Foundation in Cleveland, Ohio, including Institute Chair of the Pediatric Institute, Physician-in-Chief of the Children’s Hospital, President of the Children’s Hospital for Rehabilitation, Professor & Chair of Pediatrics at the Lerner College of Medicine of Case Western Reserve University, Chief of Global Pediatric Research Operations, and Director of the Center for Pediatric Research. Before that, he served for more than 6 years as the first Wyeth Research Scholar, Professor and Chairman of the Department of Pediatrics at West Virginia University School of Medicine, and Physician-in-Chief of the WVU Children’s Hospital in Morgantown, WV.

Dr. Piedimonte has more than 25 years of experience in the leadership and management of complex healthcare systems. During his tenure at the Cleveland Clinic, he was responsible for all clinical, financial, academic, operational, professional, and strategic matters pertaining one of the largest service lines in the enterprise, including more than 350 physicians and 1,000 nurses, with annual gross revenues in excess of $1 billion and operating budget of >$280M. He managed 414 beds in four acute care hospitals and one post-acute specialty hospital, and more than 40 outpatient clinic locations caring for more than 680,000 outpatient visits, 13,000 hospital admissions, and 11,000 surgeries per year.

Dr. Piedimonte’s research has been funded by the National Institutes of Health (NIH) for more than 30 consecutive years and he has been principal investigator or co-investigator of more than 40 research projects funded by the NIH, the National Cystic Fibrosis Foundation, the American Lung Association, the Asthma and Allergy Foundation of America, and the pharmaceutical industry. He is currently leading several funded projects involving basic cellular and molecular biology, animal models, translational and clinical trials. He served as a regular member of the Respiratory Integrative Biology and Translational (RIBT) Research Study Section of the U. S. National Institutes of Health Center for Scientific Review, and frequently reviews ad hoc for other NIH study sections (LCMI, IRAP) as well as several other national and international granting agencies like the American Association for the Advancement of Sciences, American Heart Association, Department of Veteran Affairs’ Medical Research Service, Canadian  Institutes of Health Research, and British Lung Foundation. He also holds 18 U.S. and international patents protecting some of his discoveries.

Dr. Piedimonte has authored or co-authored more than 400 peer-reviewed journal articles, book chapters, monographs, editorials, and abstracts, with the primary focus on airway inflammation; the neurobiology of the developing respiratory tract; pediatric respiratory diseases; the role of early viral respiratory infections and environmental pollution in the pathogenesis of asthma; the link between obesity, diabetes and asthma; and mother-to-fetus transmission of infections predisposing to chronic respiratory conditions. His scientific articles have been published in journals such as The Journal of Clinical Investigation, Circulation Research, The Journal of Allergy and Clinical Immunology, American Journal of Respiratory and Critical Care Medicine, American Journal of Respiratory Cell and Molecular Biology, American Journal of Physiology, Journal of Pharmacology and Experimental Therapeutics, the Public Library of Science (PLoS), Pediatrics, Pediatric Research, and The Journal of Pediatrics. He has also published several op-eds on healthcare policy and leadership topics in national newspapers and online media. 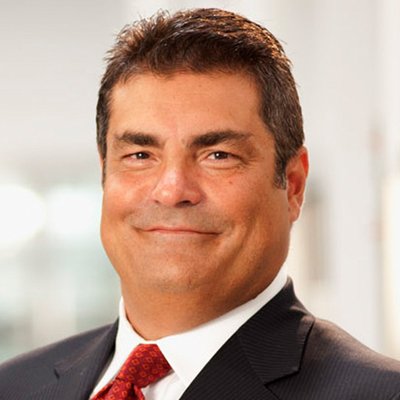