Dean of the School of Management

He is a Visiting Lecturer at the Mona School of Business and Management at the University of the West Indies, in Kingston, Jamaica, where he teaches MBA classes in strategy and a doctoral level seminar: “Internationalization of Small and Medium Sized Enterprises (SME’s)” and as an adjunct professor of management at Bentley University in Waltham, Mass., where he teaches “International New Ventures”. In 2010-2011, he was a Fulbright Fellow at the University of the West Indies where he conducted research and taught international entrepreneurship.

Dr. Moses’ research focuses on the social conditions informing entrepreneurship in emerging economies. He has published widely in his field and his work has appeared in newspapers and other publications internationally.

From 1994-2001, was a consultant, based in South Africa and the Dean of Edupark, a business school affiliated with the University of Limpopo in Polokwane, South Africa.  His consulting work centered on change management and trade. From 1997-1999, he was a Principal with Delotte and Touché, South Africa, focusing on mergers and acquisitions.

He was also a Managing Director of Labat Africa, a consultancy and holding company there. His practice focused on acquisitions in Africa’s fast growing educational sector.  During his tenure at Labat, he played a key role in the firm’s listing on the “venture capital” board of the Johannesburg Stock Exchange.

Prior to joining the Governor’s staff, Dr. Moses was a deputy press secretary in the Office of the New York City Comptroller. His responsibilities included the development and implementation of media strategies for the city’s billion dollar annual bond sales.

From 1985 to 1987, Dr. Moses was a strategic planning and budget executive for Newsday, one of America’s largest daily newspapers.  He was a member of a team that launched New York Newsday, one of the newspaper industry’s success stories of that time. He also developed and launched a $30 million electronic information service for the newspaper.

He has received many awards for his accomplishments in business. In 2001, he was a Mandel Fellow at Case Western Reserve University’s Weatherhead School of Management from where he received a Doctorate in Business Administration in 2004. His dissertation focused on the development of economic models facilitating entrepreneurial development.

From 2007-2009, he was a Mellon Fellow, doing research in the area of university internationalization.  In 2009-2011, he was a Kettering Foundation Public Scholar. In 1986, he was a fellow in strategic planning with the American Newspaper Publishers Association. He is also an alumnus of Leadership, NY, a program sponsored by the Coro Foundation. 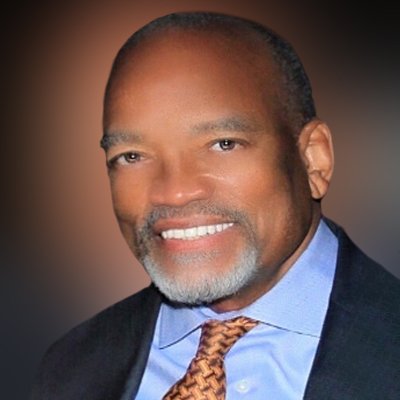