Executive Vice President, Provost, Dean of the School of Medicine

Charles P. Mouton, MD, MS is Executive Vice President, Provost, Dean of the School of Medicine, and Tenured Professor of Family Medicine at University of Texas Medical Branch School of Medicine in Galveston, TX.  He formerly served as Vice Dean for Academic Affairs at UTMB, and Senior Vice President for Health Affairs, Dean of the School of Medicine and Tenured Professor of Family and Community Medicine at Meharry Medical College in Nashville, TN. Dr. Mouton received his M.D. degree from Howard University College of Medicine, his Master of Science degree in Clinical Epidemiology from the Harvard School of Public Health, and his Master of Business Administration degree from Tennessee Technological University.  He completed his Family Medicine residency at Prince George’s Hospital Center in Cheverly, MD and his fellowship in Geriatrics at The George Washington Medical Center. Dr. Mouton is board certified in Family Medicine and holds a Certificate of Added Qualifications in Geriatrics.

At UTMB, he is also Senior Fellow at the Sealy Center on Aging and member of the executive steering committee of the Pepper Center on Aging.  At Meharry, Dr. Mouton directed the Data Science Institute and co-directed the community engagement core for the Meharry Translational Research Center and Vanderbilt Institute for Clinical and Translational Research.  He was a co-investigator for the All-of-Us (Precision Medicine) Initiative, the Prostate Cancer Literacy Project, and the Women’s Health Initiative. He is affiliated with the Black Women’s Health Study and developed a practice-based research network of primary care practices serving urban minorities in the DC Metropolitan area.  He has also served on the Liaison Committee for Medical Education, National Vaccine Advisory Council, the National Institute of Aging Advisory Council, and currently serves on the National Institutes of Health Council of Council.  He has led studies on late life domestic violence, elder abuse, exercise to promote health in minority elders, and end-of-life care for older minorities. His major areas of research interest are in the social and environmental factors that influence the health of older adults, particularly violence, racism, and health disparities as well as identifying health promotion and disease prevention strategies in minority populations and the elderly. 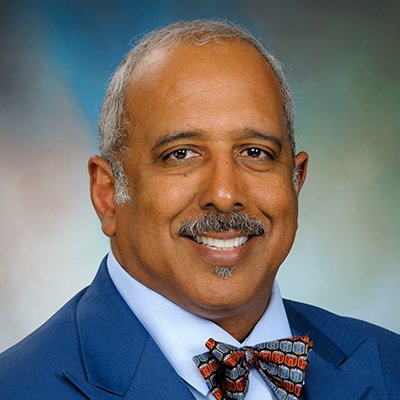