David B. Rehm, Ph.D., is Vice President of Academic Affairs at Misericordia University, where he has served for two years.  He previously served for 22 years at Mount St. Mary’s University in Emmitsburg, Maryland, where he was Professor of Philosophy (2008-2017) and Provost (2006-2016).  Prior to assuming the Provost position, he was the Director of First-Year Experience and Dean.  At Mount St. Mary’s, he received a number of awards, including the John Richards Award for Teaching Excellence, the First-Year Advocate Award from the National Resource Center for the First-Year Experience and Students in Transition, a national award honoring his work with first-year college students, and the Honors Program Service Award.  In 2014, he was appointed a commissioner of the Middle States Commission for Higher Education, where he currently chairs the Committee on Follow-Up Activities.  He earned his B.A. from Oberlin College in 1983 and his Ph.D. from the University of Chicago in 1994.  David is married to Nancy Rehm, an artist, shaman, and educator.  He enjoys exercising, the piano, reading, and wine. 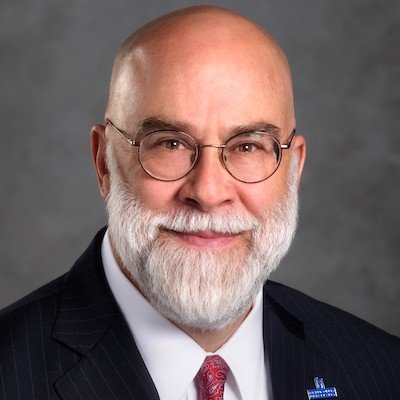