Colleen Thouez is the Director of the inaugural Welcoming and Inclusive Cities Division at the Open Society Foundations (OSF), the largest human rights philanthropy in the world. She is also senior advisor for ideation and development at the National Association of System Heads (NASH) in the United States. Dr. Thouez’s imprint includes the creation of the Mayors Migration Council in 2019, the University Alliance for Refugees and At-Risk Migrants in 2018, and the first global mayors’ advocacy group on immigration policy in 2013.

Dr. Thouez previously served for 17 years at the United Nations (UN) in leadership positions in the dual fields of adult education and international migration. As the Head of the UN Institute for Training and Research (UNITAR), the UN’s main training arm in New York, she was responsible for the training of 3,000 government delegates annually on all aspects of international law and the UN.

She has also driven advances in migration governance serving as special advisor to the late Sir Peter Sutherland, the first director of the World Trade Organization (WTO) and the UN Secretary-General’s representative on migration until 2018. More recently, her role in championing mayors as global leaders in advancing progressive agenda on diversity and inclusion, is featured in Reuters, BBC, BBC Africa, Associated Press, TED Ideas, and on WNYC.

She began her career at the UN High Commissioner for Refugees (UNHCR) in Geneva, which published chapters of her doctoral dissertation as policy guidance for the European Union’s asylum regime. She was then appointed deputy policy director of the first migration commission created by former UN Secretary-General Kofi Annan in 2003.

Dr. Thouez publishes and lectures widely. She is faculty at Bard College, adjunct professorial lecturer at American University’s School of International Service, and lecturer at the University of Geneva. Until recently, she was senior fellow at Columbia University’s Global Policy Initiative. She also regularly advises local and national governments, regional bodies, inter-regional commissions, inter-city networks, the UN system and the World Bank on cities’ greater global engagement, and on migration policy.

Dr. Thouez oversees a current portfolio of over $50M in grant-making; she has been PI on grants totaling $15M from the Governments of Belgium, Qatar, Sweden, Switzerland, United Arab Emirates, and major foundations including the MacArthur Foundation, OSF, the Olof Palme Foundation, and the UN Population Fund. Since 2021, she advises the Open Society University Network (OSUN), a billion-dollar pledge by OSF’s founder, to strengthen the impact and reach of universities globally. 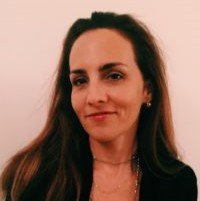