Since August 2011, Medina has led SUNY’s efforts in promoting and advancing the University’s diversity goals and ensuring that they are properly captured within all university policies and procedures. He provides leadership and strategic direction to SUNY campuses in connection with the recruitment and retention of faculty, staff, and administrators who come from groups within our society that are underrepresented in higher education and in SUNY. He served as co-chair of the SUNY-wide Diversity Task Force leading the charge of identifying new ways in which the System’s diversity can be increased to better reflect and be aligned with that of New York State. This resulted in SUNY adopting a sweeping policy on diversity, equity and inclusion arguably the only one of its kind in the country. He is also a member of the Chancellor’s cabinet assisting with strategic planning leading to implementation of SUNY-wide policies and initiatives.

He has worked tirelessly to strengthen the intersections between diversity and academic excellence, including spearheading statewide STEM conferences in 2009, 2011, 2013 and 2015 and co-sponsoring statewide diversity conferences on a biennial basis with the University Faculty Senate. He continues to be directly responsible for overseeing the implementation and management of various programs at the graduate and undergraduate levels dedicated to serving underrepresented and economically disadvantaged students, faculty, and staff, and promoting inclusion, student success and excellence throughout the University.

As a result of Medina’s leadership, SUNY has received the prestigious Higher Education Excellence in Diversity (HEED) Award for 2012, 2013, 2014, 2015, 2016 and 2017 from Insight into Diversity Magazine, one of the oldest diversity publications to cover higher education nationally. Recently, he was named as a recipient of the 2016 Public Service Award by the Suffolk County Martin Luther King Jr. Commission. He also received the NYS Assembly Citation for Community Service as well as the 2014 Diversity Visionary Award also given by Insight into Diversity Magazine, in recognition of his outstanding contributions in diversity and inclusion in higher education. 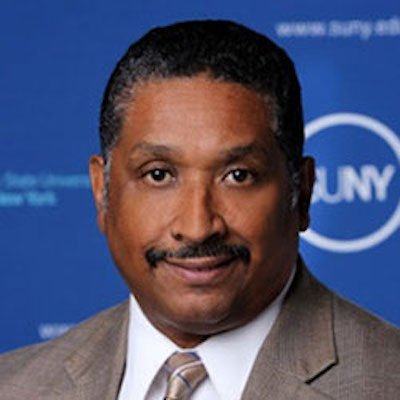